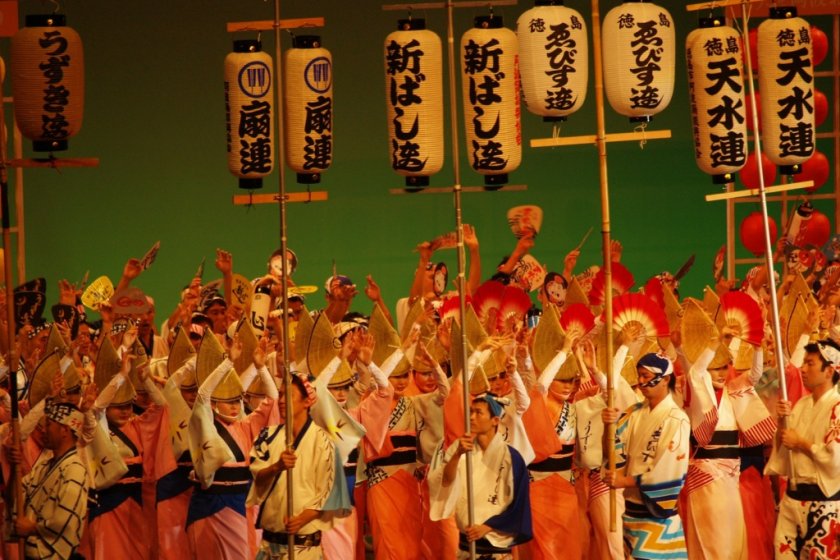 Finale at the Zenyasai stage performance

Awa Odori is the name of Tokushima's very own street dancing festival, a joyful spectacle showcasing the spirit of Tokushima’s people and a must-see for visitors to this corner of Shikoku.

Peformances of Awa Odori can be seen at just about any time of the year. The easiest option is to head down to the Awa Odori Kaikan in the centre of Tokushima City, where you can check out the history of the dance in the museum, see it performed by the pros, and even join in with a quick lesson.

However, the main event is the festival held around the time of Obon in August, and this is the best time to be in town. Hosted in towns and cities all around the prefecture, and even elsewhere in Japan, Awa Odori is the largest festival of traditional dance in the country, attracting hundreds of thousands of spectators to Tokushima City alone.

This Awa Odori is an amazing festival rich of culture and history, but the celebration doesn't end when the festival closes...

To experience Awa Odori in its fullness, you can’t go past Tokushima City. The fun starts on August 11, with the Zenyasai stage performance featuring an ensemble of the top 30 dance groups in the area. Then the streets of downtown Tokushima come alive for four days of non-stop Awa Odori, commencing on the morning of August 12 and concluding in the wee hours of August 15, with the bulk of the action happening in the evenings.

You won’t need a car, because the festival streets are blocked to all traffic after 6pm. Just wander around, soak up the atmosphere and enjoy the open dance areas. If you want to see the top groups and rest your feet for an hour or two, buy a ticket at one of the major stadium seating areas. And if you can’t help but move to the beat of the music, get involved by joining the group for everyone, Niwaka-ren, in front of the city hall.

Every group or “ren” has its unique look and style, but the fundamental elements of any group are:

The defining musical feature of Awa Odori is its 2-beat rhythm. As for the dance itself, whilst the locals have obviously made an art of it, they also have a saying:

If you raise your hands

And move your feet

There are dancing fools

And there are watching fools

It’s a philosophy worth living by and the evidence of that is all over Tokushima!

So chuck on a summer robe, slip into your dancing socks and grab your fans, folks. Summer in Tokushima means Awa Odori! Yattosaaaa!

David’s love affair with Tokushima started over ten years ago. He’s danced Awa Odori on the streets and stages of Tokushima city, rafted down the mighty Yoshino River, and left footprints on snow-covered vine bridges in the Iya Valley, but even David feels that he’s only scratched the surface in experiencing this beautiful corner of Shikoku. Now he’s writing for japantourist.jp to make sure you can experience Tokushima for yourself. 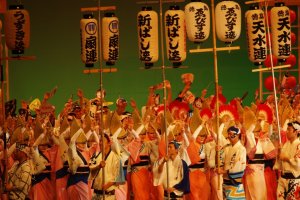 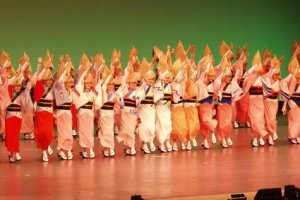 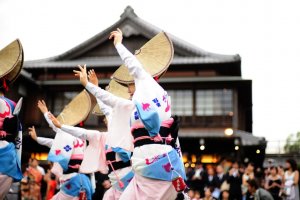 Elena Lisina 8 months ago
So interesting and funny! Hope to watch it live someday! :D
Reply Show all 0 replies
1 comment in total