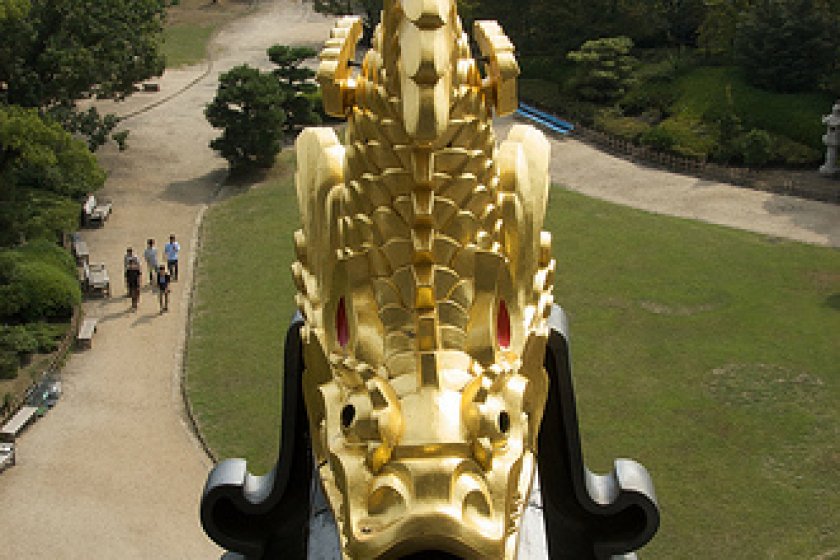 A matter of local pride

Okayama Castle is a replica of the original castle that dates from the late 16th century. Located across from Korakuen Garden along the Asahi River, it was rebuilt in 1966 after having been destroyed in U.S. air raids during WWII. Many a proud local, if asked, will undoubtedly tell you that it was rebuilt “to fill the empty space in our hearts".

The castle goes back to a time when Japan was divided into several states. The Ukita clan is credited with building the original castle. They lost it to the Tokugawa clan as a result of being on the losing side of the Battle of Sekigahara. The Kobayakawa clan was given control as reward for their loyalty to the powerful Tokugawa. Okayama Castle finally reached the Ikeda clan as the Kobayakawa clan had no heir.

The Ikeda clan ruled Okayama from the early 17th century until the late 19th century. The first Lord Ikeda was the grandson of Tokugawa Ieyasu. His appointment as daimyo secured allegiance through family ties.

The fact that the castle is a replica makes it no less impressive. Often referred to as the "crow castle," its black color and golden accents set it apart from most castles you'll encounter in Japan. On top of that, affords the modern replica offers some modern amenities such as an elevator, something that those who have problems with the steep stairs found in many castles will certainly appreciate.

Okayama Castle has an information center and tours are available if you are interested in its history. You can also have your picture taken wearing samurai regalia or a kimono. Also, as the castle is part of the Okayama cultural zone, you can take in a number of sights that are within walking distance.

The castle and its environs are popular with people young and old: couples, families, office workers can often be seen using the grounds of the castle for lunch or just as an excuse to get out of the city. There is a footbridge across the Asahi River that provides access to Korakuen garden. Alongside the river there is a restaurant perched level with the park that has an excellent view of the castle. On the bank of the river next to the restaurant there is a boat dock with conventional paddle boats, row boats and boats shaped like swans. In short, Okayama Castle is the symbol of the city and a point of pride that offers something for everyone.

I was born and raised in Baltimore City, Maryland in the USA after which I moved to New York City at the age of 21. I lived, studied and worked in New York for five years then moved to Okayama in 1998 at the age of 26. After living in Japan for 5 years I decided to try to naturalize. I was granted Japanese citizenship at the age of 33. I am interested in education, political philosophy, and Japanese society. I enjoy playing softball with my kids, driving and motorcycles. I can't say I enjoy running but I often join local 5k races. I want more people from abroad to come to Japan for a visit and I hope that some portion of that group decides to stay. Japan is for everyone! 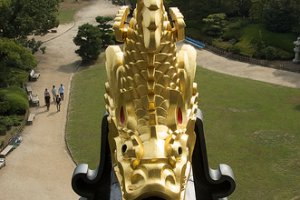 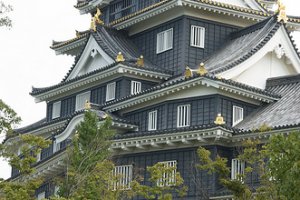 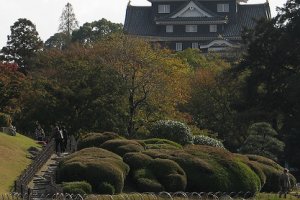