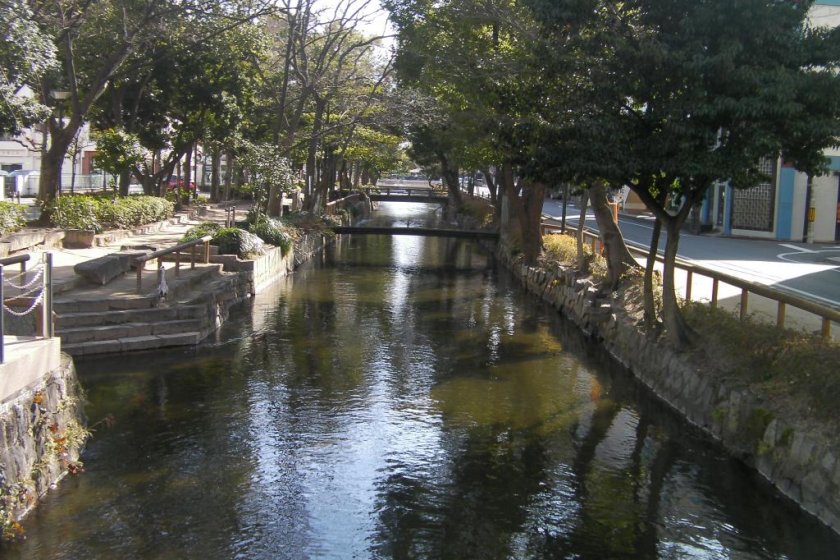 A great place to take a stroll or just relax

A questionnaire came in the mail a few weeks ago from the Okayama City government asking for impressions of the Nishigawa River Park. This got me thinking of what the park has meant to me over the years.

When I first arrived in Okayama and took my first stroll around the area on the east side of the station, the Nishigawa River Park was the first place that got my attention. When you are a traveller, one thing that you are often desperate for is somewhere to rest free of charge. With covered and uncovered benches spanning the several blocks that encompass the park you will find it an excellent place to relax.

Within every section of the park trees are lined elegantly along the streets that run parallel, creating a garden archipelago effect that seems to extend to the horizon. The dominant feature is the river that gently flows under a series of bridges. If you look carefully you will notice that it is inhabited by carp that every once in a while breach the surface.

One hundred years ago people used to live along the Nishigawa River where the park is today. I have seen black and white photographs of shirtless children swimming in the river on hot summer days of years past. These days you are more likely to find company employees escaping the office for a breath of fresh air and enjoying lunch.

Over the last few years there has been a rebirth of the Nishigawa. I remember participating in an event aimed at promoting recycling. A night café was set up in one of the gazebos on the river on a fairly cold autumn night. Hot wine was served in cups that were meant to be reusable so if you held on to your cup you received a discount with each refill.

Another event that caught my attention was Candle Lit Nishigawa, at which dozens of candles were floated down the river at night. It was an unforgettably serene display that seemed to lift the spirits of all in attendance.

The Nishigawa River Park is a vital part of central Okayama City. It is a place where you can quickly recharge yourself before continuing on your journey.

I was born and raised in Baltimore City, Maryland in the USA after which I moved to New York City at the age of 21. I lived, studied and worked in New York for five years then moved to Okayama in 1998 at the age of 26. After living in Japan for 5 years I decided to try to naturalize. I was granted Japanese citizenship at the age of 33. I am interested in education, political philosophy, and Japanese society. I enjoy playing softball with my kids, driving and motorcycles. I can't say I enjoy running but I often join local 5k races. I want more people from abroad to come to Japan for a visit and I hope that some portion of that group decides to stay. Japan is for everyone! 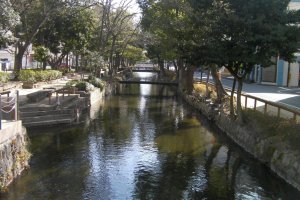 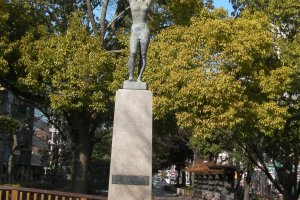 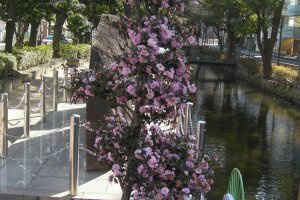