Sera’s mountain environment enjoys an abundance of sunshine, and its clean, pure water, rich soil and large night and day temperature variations which is ideal for growing crops. Japanese pears, apples, grapes, and blueberries are some of the tasty treats visitors to the area can look forward to. Local grapes are also used in the distilling of locally made wines. Several parks in the area specialize in growing a variety flowers and turning entire swaths of the landscape into canvases of incredible color depending on the season.

Book a farm stay in Sera Provided by Takamakura (Japanese)

Imakoyasan was once a manor home belonging to Go-Shirakawa, Japan’s 77th Emperor, with its 12 branch temples helping it remain an influential center until the end of the Kamakura Period (1185-1333) when the power of the samurai began to expand.

Imakoyasan is especially beautiful in the spring when the sakura along its approach path are in full bloom, and in the autumn when the maple trees around its pond burst into fiery color. Being relatively unknown and remote ensures a lack of crowds.

With grapes sourced only from local farms, Sera Winery makes perhaps the freshest wine in Japan. Tours of the wine production factory, from mashing to bottling, are available but are best enjoyed between September and November when the wine-making process is in full swing. Sera Winery brews several varieties of red and white wine including their signature Honey Venus sweet or full-bodied white, chardonnay, merlot, cabernet sauvignon, rosé, and more.

Visitors even have the option of creating their own unique label for their wine as a souvenir of their visit or as a gift. Sera Winery also has a restaurant, a gift shop, and the Yumekо̄gen Ichiba Market which sells locally produced fruits, vegetables, local crafts, and workshops.

Held on the 20th of August every year in the middle of downtown Sera, the Hatsuka Ebisu Matsuri (festival) features a parade of beautifully carved wooden floats, known as “danjiri.” Each danjiri was constructed by and is representative of a different area of Sera-cho. Each one is pulled by a team from the area it represents, and each team creates their own unique dances and chants for the festival. There are also outdoor stalls offering delicious Japanese festival food and games.

Farm stays at a local family farm house (nо̄ka minshuku) offer visitors the chance to experience the life of a Sera local first hand. There are 13 nо̄ka minshukus in Sera-cho, each one offering a its own unique countryside farming workshops and experiences such as planting and harvesting various crops (depending on the season), picking mountain vegetables, cooking traditional meals, wood and bamboo craft, and much more. The average one night stay with dinner and breakfast starts at just ¥8,400/person.

One night with two meals starts at an economical ¥6,600/person. Book your farm stay with Mejika, or browse from a number of alternative farm stay options.

Workshops related to farming, traditional cooking, fruit picking, crafts and more are also available, and can be booked (Japanese only) from the

Sera is about 70 km east of Hiroshima City. As there is only one train station located on the eastern periphery of the area it is recommended that visitors rent a vehicle. Japan allows visitors from a number of countries to drive if they acquire an International Drivers Permit from their country’s issuing authority before departing.

Book a farm stay in Sera Provided by Takamakura (Japanese)

11 years of exploring, doing all I can do and sharing that knowledge with the world. 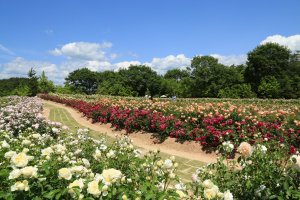 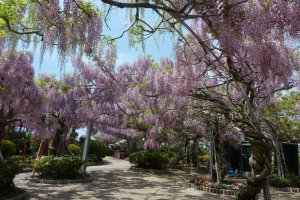 Bonson Lam a year ago
A real piece of paradise in nature’s open air art gallery.
Reply Show all 0 replies

Kim B a year ago
I'd never heard of this area of Hiroshima, but it looks amazing!
Reply Show all 0 replies
2 comments in total